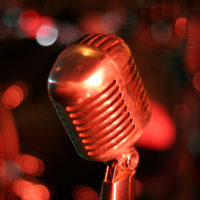 From a young age I enjoyed comedy,  raised on a comedy feast of such shows such as Fawlty Towers and Monty Python.  For John Cleese fans, yes, a fish called Wanda was also watched. This love of comedy stayed with me through to Adulthood. Open Mic Nights in Sydney Fast forward to the winter of 2008, Sydney, Australia. Sitting in a bar on … END_OF_DOCUMENT_TOKEN_TO_BE_REPLACED