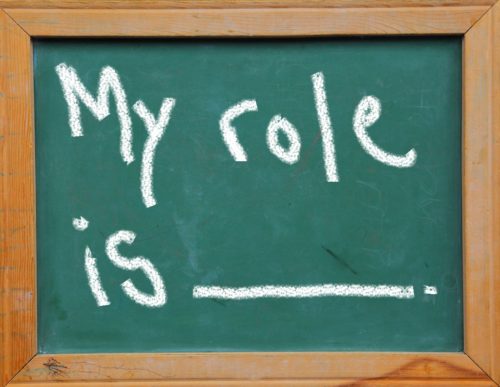 Where are we going?

How testers can add Value?

1. Develop a wider range of skill

It is beneficial for testers to learn UX and Product Management skills, these additional skills make us better testers.

We can learn what are considered technical skills, skills associated with developers and sysadmins.

Performance and security skills are traditionally seen as specialist skills, but even gain a little more knowledge in these areas can be beneficial for the teams.

If you have always tested through the UI, perhaps it’s time to try testing through the API.

Ultimately as testers one of the most import things we can do is change how we think about testing rather than how we test.

2. The Activity of testing

Regardless of the title of the person who tests, the activity of testing still needs to be performed.

There may be many who test but there are few who willing to learn and develop their knowledge around software testing.

Automated checking is not testing, it’s just checking, it only finds problems where you programmed it to find problems, if all the buttons on a screen shift 50 pixels to the right, this will not be considered a failure.

Critical Analysis is still a testers strongest skill and it is a skill that will always be required. We are still the ones who will most likely to ask the most probing questions.

We can use those skills to work closely with the other specialists.

3. The Champion of the forgotten

Customers still have expectations of software, even when given access to early release of beta behind toggles. Testers can play a role ensuring that the software matches the quality expectations of customers.

We always prided ourselves as the champion of the customer and we can still focus on this role. We can work with others to ensure that we are using the realistic personas and focusing on real user journeys.

How will it affect the customer support team, the operations team, the sales team?.

Is there a safety concern that could affect those that don’t directly use the software?

4. Purveyors of the Finest Information

“Software testing is an investigation conducted to provide stakeholders with information about the quality of the software product or service under test” Kaner, Kim (2006)

This definition of software fits with the role of testing we are primarily the providers of relevant information to stakeholders and secondly we test. We can help the sales people consider if the software release based on their concerns in how it will affect our existing customers, the support people if there will be increased support tickets and product managers that we have delivered on their anticipated vision of the product

So what does the future of testing look like, these are my personal thoughts on this topic.

There will be a shift away from “traditional” testing, writing and executing test scripts will reduce(my blog on test case strategy cover this topic in more detail). There will be a shift towards more “progressive” test approaches such as exploratory testing including heuristics and automated checking of the key user journeys.

In agile environments there will perhaps be a shift to a lower ratio of testers to developers. In companies that have heavily invested in automated checking there may be less testers hired in the organisation compare to the past. Some companies may have no testers and that is their prerogative, their approach may find problems that matter without dedicated testers.

There will be a shift away from testers testing alone for the majority of their time and move more towards pairing/mobbing and overseeing the testing activities. Communication is a skill we have always prided ourselves on, this will become more important than ever before.

Consulting with UX Designers, Product Managers and SysAdmins has become the norm in most companies, we approach these specialists with specific queries or request their support on a project. I believe that in the same vein, consulting with testers will increase within companies.

The role of test management has already moved to a test coaching role. I believe more testers will become test coaches, coaching teams on ways to improve their testing process and test activities.

As a community we are learning more about test coaching, and attempting to answer question such as

(I hope to write more on this topic in future blogs).

There already has been a shift towards test teams becoming service based teams. For example a test teams services could include make automated checking as easy as possible through tools, providing sanitised realistic test data. Personally I don’t think this is the best use of testers and this service may be better suited to other disciplines. For example, everyone may not want to become a test coach, so being a member of a service based team may better suit their interests.

The change from waterfall to agile, and agile to DevOps has had a significant effect on the role of testing. The test community responded with support for shift left, automated checks and shift right, which resulted in a shared  responsibility of quality.

In general, testers view all these changes as positive but it has changed the role of testing.

The future of testing is bright, as testers we must now focus less on our title whether it be test analyst, SDET or QA and focus more on where we can add value whether it be upskilling, providing information,championing the cause of the forgotten or advancing the Craft of Testing.

There has been a shift towards test services,consulting and coaching, this seems to be the long-term future of testing.